ONE ARMED BANDIT is a rebuilt gamemachine originally from 1960’,  an attempt to take control over life, over the artists situation in the perspective of survival and economy and to question structures in society.

To find the machine I  contacted people in the (underground) gaming field  of Stockholm and found this bandit in a storage among weapons and other hidden goods. Tova, a friend with many talents helped me to rebuild the bandit. My ambition was to reconstruct it into an art-profit-machine.

One game with the One Armed Bandit at the cost of 10 sek and the money goes undivided to the artist and for the gamer: a hope of changes like to win a piece of art, to win a breadloaf, to win a friend in work, to win good luck and a better future.

THE EVERYDAY BREAD, un exhibition at Nordic Light Gallery  1996. One Armed Bandit was the mainwork in the exhibition, the other exhibited works were prizes on the game: graphic prints and drawings. Or homebaked breadloafs: The everyday bread/ Det Dagliga Brödet.

LOVE ALL at Färgfabriken 1996 One Armed Bandit, the gamemachine were placed in the bar and the prizes offered consisted of pins / badges with portraits of wellknown art-folks, people good to know if you aim to be a successful artist:
WIN A FRIEND IN THE ARTWORLD/
BO NILSSON, ERNST BILLGREN, LARS NITTVE, INGELA LIND, MARIA LIND, BJÖRN SPRINGFELT, OLLE GRANATH, DAN WOLGERS, JOHN PETER NILSSON, TOM SANDQVIST, PONTUS HULTÉN, MARIE-LOUISE EKMAN, DAVID NEUMAN, SVEN OLOV WALLENSTEIN, MARIANNE LINDBERG DE GEER, MARTIN WIKSTRÖM, GERTRUD SANDQVIST. Many visitors used the machine in gaming and a lot of people won a badge – their friend in the artworld. But as often, the profit slipped away. During the night/ early morning hours of the LOVE ALL weekend, burglers broke in to Färgfabriken and the bar and also broke up the locks at One Armed Bandit. My profit was stolen. Badges and money gone into wrong hands.

TIMEBANDIT was invited to Grey Gallery and a group show called TIME 1996-1997
Prizes: a blinddate, time and place for meeting someone.
When you play on the machine, destiny decides the combination time&place. 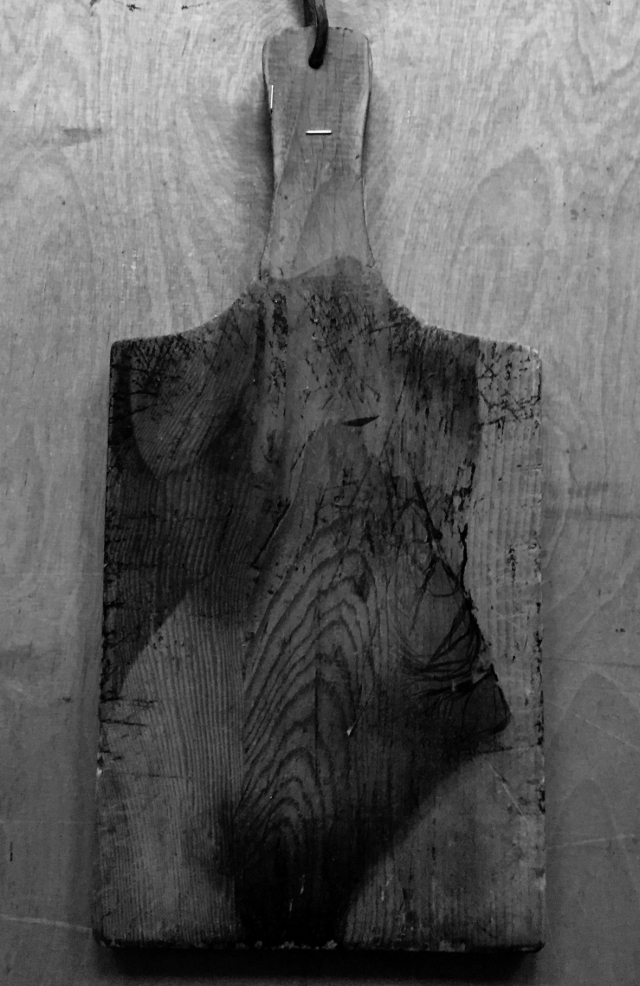 Notes from the second day, Stureplan, Svampen: December 28th is Saturday, and it is after-christmas-sale in the shops. 10.15 I arrive at The fungus/Svampen at Stureplan. Citylife is awakening , it’s still morning sparse. I find a spot from were I can supervise the space around my chosen meetingplace at Stureplan. Warm cloths, a notebook, a small Canon dial camera. Ready to document if someone turns up. If there is a winner of a date and If a winner will come to a meeting, I am there and I am ready to follow what may happen.

On spot I notice a middle-aged man in a windbreaker, looking a little lost, he has placed himself on the side, at a distance from the meeting spot. When I observe him, he moves away toward the shoppingmall, Sturegallerian, with his back to Hedengrens bookstore. He observes me when he believes I do not notice. But I do, because I’m here to observe and to wait for a meeting and to try to understand if someone will be here to meet me. The man in the windbreaker hopefully not notices that I take his picture with my small camera, but I can tell that he is aware of me watching him. I am not approaching him. Neither he me. No one comes to meet him. The man leaves Stureplan and follows Sturegatan heading Humlegarden. I stay, stand still, five or maybe ten minutes before I enter the mall for a while, into Hedengrens bookstore. I decide that the man in the windbreaker was my first non-meeting.

A woman walks towards a man to meet him: hug. Man approaching woman: kiss. Some women who meet start talking before they kiss. Some other shake hands, reserved, proper. No one seems to have come to Svampen/ the fungus on a blind date. When the time is over 11:20, I cross Birger Jarlsgatan and follow Kungsgatan to the Haymarket/ Hötorget, turn up Sveavägen and I walk to the city library.

12:30 I am back, from Birger Jarlsgatan approaching Stureplan; with the camera discreetly in hand taking pictures from a distance and getting closer. I find my waiting position under the fungus-sculptures roof. A taxi stops very close, opposite the SAS office, a man rushes into the office, taxi waiting. The man returns to the taxi with a ticket in hand and throws himself into the car. Disappears. A woman from what I guess a Latin American country wants to sell something to me, I answer politely that I’m not interested. She turns to another woman who also awaits. This time of the day I observe some men waiting for other men, and they meet. After a quarter of an hour waiting and observing I shiver of cold. The temperature is minus too much to stand still.

13.00 I am on spot with Canon Dial in hand, prepared to take a picture of the one person, my date. People are surrounding me, I listen to a French conversation between two neat men dressed in woolen coats, they discuss where to have lunch and what to do after lunch. I can not hear what they come up with. Plastic bags with logos and shops names bulge out between humans and hook into each shoulder, and are a nuisance for all crowding. Now it is really busy. After twenty minutes, I enter the subway for a while, walk a bit, drink hot coffee, return to a new spot. No Bandit Meeting yet.

When I return walking towards Stureplan 14:30 I see from a distance that a friend is standing there, Peter. I guess he is waiting for his girlfriend and I photograph him quickly without giving myself known. I pretend I do not see Peter, wonder if he sees me. Obviousely he waits for someone. Since I’m waiting for a date I don’t contact him.

A young man in a bright yellow jacket standing in the middle of the area under Svampen turns and turns again around himself as if he wants to have eyes in the back. All the time he wants to see in the direction not in sight. He looks at me intently for a moment. He sees that I photograph surreptitiously. A little while, I wonder if he is waiting for me, for a bandit meeting, but no I don’t think so. He, the spinner, continues to spin. Peter is waiting, his girlfriend will not come. No one comes to meet Peter. No one comes to meet me. I leave Stureplan for a short walk again.

At 15:00 I’m back. No Peter. Many people seem to have decided to meet at Svampen at 3 o’clock. The place is crowded with waiting people.

A few meters away stands a young woman wearing short trumpet trousers, jacket and a narrow shoulderbag squeezed the her upper body zipped into a bubbling quilted jacket. She looks absurd and hilarious in her outfit. The combination of tight and voluminous make her clothes reinforce the volume and her body height. A big person looking as if she wants to be small or vice verse. Her outfit makes a contradiction. She waits and I wonder if she’s waiting for a girlfriend or a boyfriend. A person familiar to me by sight arrives to meet the big one. This person is wearing a dark strict coat and the two of them are the same length. He strict, she the opposite. They form a contradiction and they walk away together.

For a while I believe I recognize a bandit meeting: a woman with an open mind I guess from my position. But no, a friend meets up and they enter the shoppingmall with arms around each other’s shoulders, like little girls.

Dusk falls quickly and early in december, no more waiting, no more photosessions today I decide. Later in the evening I conclude the day and I realise that I probably missed one bandit date or more. The first miss I think of is Peter. If someone would be interested or aware of the gamblingtest it has to be someone who have been at the exhibition Time at Gray Gallery and also tried the One Armed Bandit and it is most likely that this would be someone I already know. A person who thinks this could be fun to investigate further, who maybe wonders what may happen. The second possible miss is the man in the windbreaker, I imagine. And after a while more calculations I realise that the situation and its outcome is all in my hands. If I had approached one or more of the people waiting at Svampen today, bandit winner or not, I would have had a meeting. I question my intentions with the one armed bandit.

Years later gambling machines like One Armed Bandit is still running and making peoples life miserable, winning money into wrong hands. The calculating men and women still win. Dating is different to what it was 1996, these historical days before netdating started. My purpose with One Armed Bandit was not to meet a new person in my life, the opposite. It was to take things into my own hands, to make my own rules and to let others play by my rules for once.